skip to main | skip to sidebar

Hi all you dear followers of this blog of mine!

I know, I know, it's been a bit quiet around here... and that's not because I lost interest in following Claudia's musical ways! A year ago I started to work with Paul and Claudia on the new look for their theremusic.com, and there's where all my C-devotion is still going, most of the time... So, if you'd like to stay up to date with all things Claudia, and Paul of course, please join me at There(there).

I'll be back, sooner or later! 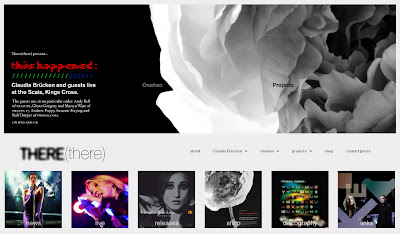 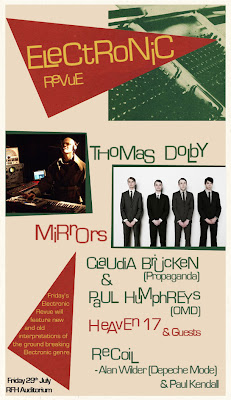 Onetwo will be part of the impressive line-up of the Electronic Phuture Revue at the already much celebrated Vintage festival on Friday July 29 2011, Southbank Centre, Royal Festival Hall, London.

The Electronic Revue is curated by Mark Jones and BEF's and Heaven 17's Martyn Ware and features 'cameos from new artists and legends from the day'.

More info on the festival and all ticket information at the Vintage website!
Geplaatst door sendalittlesign op 11:23 pm 4 comments:

Claudia has been asked to sing three jazzy songs on the (soundtrack of the) game L.A. Noire: Torched Song, Guilty and I Always Kill The Things I Love! Released May 17-20...

One of the first reviews at thisislondon.co.uk: '...Three new songs, written by Stephen Coates of London band The Real Tuesday Weld and sung breathily by Claudia Brücken of Eighties German synthpop group Propaganda, are tense and beautiful...'

The official soundtrack is available at an Amazon or an iTunes store near you...!
Geplaatst door sendalittlesign op 3:00 pm No comments:

To stay up to date with all the latest, join:

See you around! :)
Geplaatst door sendalittlesign op 3:00 pm No comments:

11 May 11 Claudia, Ralf and Susanne part of the Eurovision Song Contest festivities in Düsseldorf

Never thought I would ever attend a Eurovision Song Contest festivity....! Rumours were Propaganda will completely reunite with all four protagonists on stage to have a teutonic party in their (old) hometown. Center TV was on top of the news...:

Officially, from the Onetwo and Propaganda FB and MS:

'Stars of the electronic scene to bring 80s vibe to Stadtwerke turbine hall'
Together with Kraftwerk's Wolfgang Flür, Claudia, Susanne and Ralf (and Paul!) will be the stars of a very special electro night at the Turbinenhalle of Dusseldorf's Stadtwerke on Wednesday May 11 as part of the Eurovision Song Contest 2011 festivities. 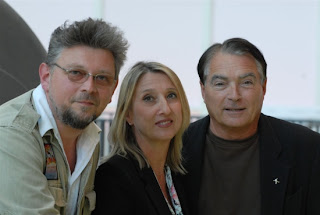 Rüdiger Esch (Die Krupps), Claudia Brücken and Wolfgang Flür
'Back in the 80s, bands like Kraftwerk, the Krupps, and Propaganda planted the roots of electronic music in Düsseldorf, and the musical style has grown from here, with branches reaching far beyond the German borders. The British band Orchestral Manoeuvres in the Dark (OMD), for example, was heavily influenced by Kraftwerk. Düsseldorf's municipal utility company (Stadtwerke) will host an event dedicated to the music of the 80s on 11 May at 7 p.m., not only to give 'Lena fever' a boost, but also to show that the old 80s heroes continue to thrill fans of all ages.' 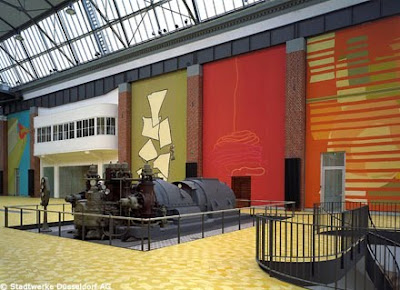 'In the Stadtwerke's turbine hall in Flingern, at the very roots of the Düsseldorf energy company, former Kraftwerk member Wolfgang Flür will read from his book 'I was a Robot', with musical accompaniment from Thilo Schölpen, who will interpret some of the most famous Kraftwerk songs on the piano. Next, Claudia Brücken, singer of the band Propaganda, and Paul Humphreys, OMD keyboardist, will take the stage to present hits from both bands' repertoires with their electronic quartet 'Onetwo'. Special guests Susanne Freytag and Ralf Dörper from Propaganda will also make an appearance, performing chart successes, 'Dr. Mabuse' and 'P-Machinery', and Andy McCluskey from OMD will also join on stage for a couple of numbers!'
Geplaatst door sendalittlesign op 11:00 am 1 comment:

pennyblackmusic.com, published 21.01.11 ...'I love song writing and I really, really like singing, so I will just keep on doing as I have been doing.'...

reviews
Record Collector mag #386 March 2011 ...'But what’s most exciting about Combined is that it showcases four new cuts by Brücken, including the brilliant forthcoming single Thank You. Helmed by Stephen Hague, it oozes the mystique, aural magic and existential drama that Brücken is famed for – undoubtedly a potent combination.'...

weird-at-my-school-blog ...'one of the most impressive résumés in electronic pop music'...'what’s impressive is how consistently compelling her work has been'...

holymoly.com ...'she has most certainly still got it'... 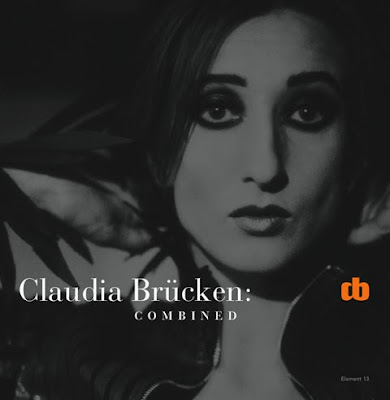 Limited edition, for sale only and only for you, at our there(there) shop.' 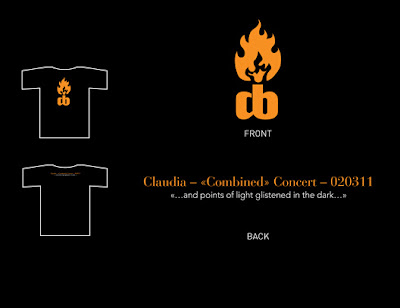